The city of Durgapur is located in the district of Bardhaman, which is in the state of West Bengal. Therefore Durgapur is largely predominant in Bengali culture, as in the other parts of the state. The culture is steeped in rich music, literature, movies, and of course a delicious and mouth watering cuisine.

Like the other places in West Bengal, Durgapur too has people of many religions. However, the Hindus and the Muslims form a greater part of the population. People of other religions include the Sikhs, Jains, Buddhists and the Christians, though they are considered as the minority communities of the state. 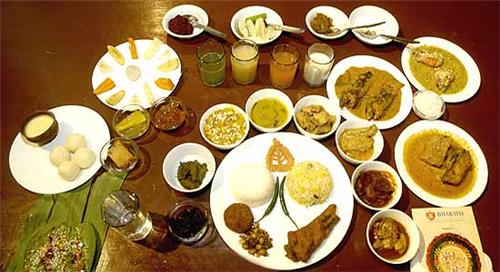 Though all types of food is available in Durgapur, starting from continental, to Moghlai and Chinese, it is Bengali cuisine that is eaten in every household there.

The Bengali food consists of mainly rice and fish, which is considered to be their staple diet.

Food is mainly cooked in mustard oil and most Bengali ladies spend most part of their days in the kitchen, preparing delicious culinary delights, which may be either a spicy curry or a sweet dish. Bengalis are a food loving people and relish different kinds of fish items every day. Also, the sweet toothed Bengalis can’t do without sweets and have a great variety of desserts to choose from. The Bengali sweetmeat Rasgollas, are popular not only in West Bengal but all over the country. Sweet curd is another favourite of the people here and is both, made at home or available in the sweet shops. 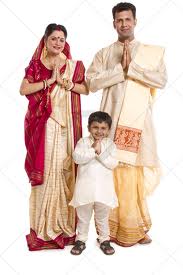 Sari is the most common attire worn by women in Durgapur and all other parts of the state. The most common fabric for a sari is either cotton or silk. It is worn in a typically traditional Bengali style, though these days, women wear it in the conventional method which is the style that is universally followed by all ladies in the country.

Other than saris, the other most common outfit for women is the salwar kameez, which is mostly common in the towns and cities. In modern cities like Durgapur you can also find youngsters in the western outfit, of jeans and T-shirts.

The Traditional Bengali attire for men is the Dhoti and Punjabi, which is only worn during the festivals these days. Men otherwise wear shirts and pants in their everyday life.

The city of Durgapur, being in the State of West Bengal, Bengali is the most common language spoken in and around the region. Also Hindi and English are widely spoken and understood mostly by the younger generation. 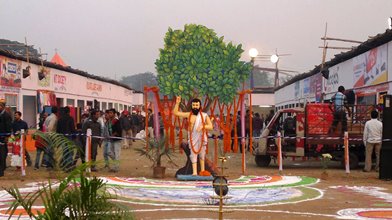 The Kalpataru Mela is one of the oldest as well as biggest fairs held in the Gammon Friends’ ground, which is near the Durgapur Railway Station. It is an annual fair that start on the 1st of January every year and continues for 10 days.

Two other fairs that are held simultaneously during this time are the book fair and the agricultural fair or the ‘Krishi Mela’. The book fair attracts huge crowds mainly because of the cultural programmes performed everyday during the fair.

Renowned publishers from Kolkata set up their stalls in this fair and people not only from Durgapur but from all adjoining areas flock to the fair each year. The agricultural fair is another attraction for people who are interested in gardening. They go seeking rare plants, flowers and seeds that are put up for sale there. Food is another attraction, along with pickle, jewellery and textile stalls.

The rich culture of West Bengal is prevalent even in the city of Durgapur, where you will get a taste of its tradition through the people and their food habits, religion, dresses, etc.