According to the general folklore, Durgapur was named after Durgacharan Chattopadhyay. He was the descendant of Gopinath Chattopadhyay who had received the land of Durgapur from the maharaja of Burdwan in 1765. Initially the place was called Gopinathpur Mouza, but later the locals changed its name to Durgapur, in memory of the immense contribution made by Durgacharan Chattopadhyay for the place. It is believed that he had constructed a Kali temple and a Shiva temple in the years 1973 and 1803 respectively. You can still have a look at them, and at the Zamindar’s house which proudly stands at a place called Sagarbhanga, as the proof and witness of all the great work Durgacharan had done for the place.

However, the history of Durgapur does not start from these zamindars and goes back even further. Stone hunting equipments used by hunters from the pre historic period has been excavated from Durgapur which shows that the history of this place dates back to around 5000 BC. Till the very recent past, Durgapur was generally a deep forested area and home to dacoits like the legendary Bhabani Pathak. Eventually development started and continued, till the railways passed through the area and made it a permanent place of importance in the map of India.

Dr. Bidhan Chandra Roy, the then chief Minister of west Bengal had made a proposal that changed the future of Durgapur forever. He had identified the promise this city held in itself and had suggested the Union Industrial minister T.K. Krishnamachari to build a Iron and steel factory in this city.

There was no looking back henceforth and Durgapur developed in leaps and bounds till it is well known as an industrial town today.


Places of Historical Importance in Durgapur 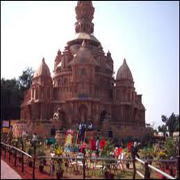 A temple complex as old as 800 years is still situated in Durgapur and is called the Rahreswar Shibtola. The structure and design of the temple is that of the chariots or rathas of South India.

Very near to it you can also find the remains of an airport that belonged to the British airforce. A fine historical mix of the oriental and the occidental indeed!

The Garh jungle is located at the eastern end of the industrial city. This place is also known as the Dharma Garh of Raja Surath. This place is not only of historical importance in Durgapur alone, but is considered to be one of the most ancient places of India. 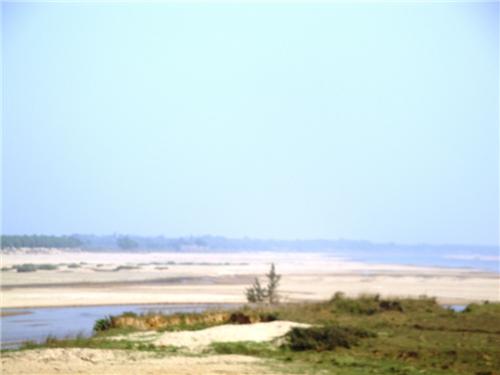 As you go deeper into the jungle you will reach the banks of the Ajay River. Here is a Temple of Lord Shiva.

It has an amazing architecture and is a replica to the Lingaraja temple in Bhubaneswar. Sadly though, the temple is in complete ruins due to lack of maintenance.

A visit to Durgapur will leave you enchanted with its rich historical background and the sites that still stand as a proof of its past.