Despite being a commercial city, Durgapur is definitely not a dull and boring place for travel enthusiasts. There are a number of places worth visiting, which are either of historical importance or had been artificially made. Here is a list of the places which Durgapur can proudly boast of and attract tourists from far and near. 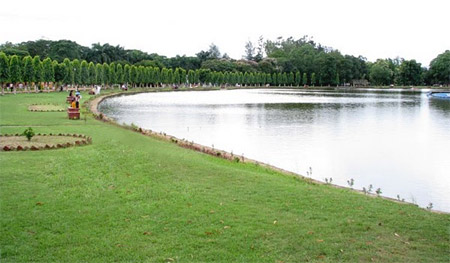 This park with its lush green grass and beautiful lanes adorned with flowers from all sides is bound to leave you mesmerized.

It is one of the most well known tourist spots in Durgapur visited by locals and outsiders alike. The musical fountains and boating facilities are the added attractions that draw people to this park in huge numbers.

It is a network of tunnels that start from the centre of the city and run all the way to the Damodar River. This famous site has its name mentioned in the novels of the great Bengali writer Bankim Chandra Chattopadhyay and has thus acquired its elevated status. Legend has it, a dacoit by the name of Bhabani Pathak had made this network of tunnels to ease his escape with the loot, which he would later distribute amongst the poor and the needy. Due to the present uncertain and perilous condition of the network, the tunnel, however, remains closed to the tourists. 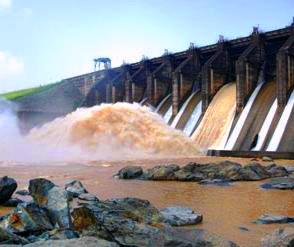 If you are in Durgapur, then you cannot miss the Durgapur Barrage. It was built by the Damodar Valley Corporation to prevent floods caused by the great Damodar River. Quite nearby, there is a footbridge over a canal that you would love to cross to experience being amidst nature at its best.

In order to feel it better, you can also accompany the fishermen in their boats and have an experience of a lifetime. It is also a paradise for the bird lovers, as in the wee hours of the morning, one can witness innumerable colourful birds, which will surely leave you mesmerized with their enchanted singing. 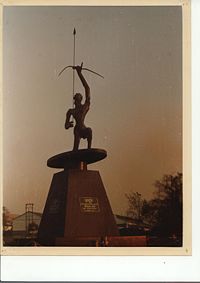 A unit of the Steel Authority of India Limited, built with the cooperation from the United Kingdom, it is not only well known for its contribution in the commercial and industrial development of the state, but also for being a major tourist attraction of Durgapur.

You will have to procure a permit for entering the plant, and will be welcomed by a huge statue of the great mythological character Arjuna at the entrance.

You will be interested to learn that the wheels of the passenger trains of Indian Railways are
made here. 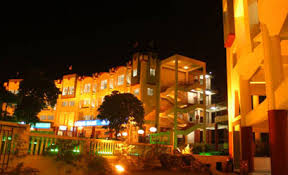 Other Places of Interest in Durgapur

This includes Benachity, City- Centre, and Bidhan Nagar, where you will find restaurants for eating out, shopping centres, theatres, parks and Art Gallery for hanging out, and of course banks, hospitals, hotels and other offices that may come to your need during your stay there.

You may refer to these numbers if you are thinking of packing your bags to have a weekend getaway in the steel city: