Home city guide where to go from durgapur

Where to Go from Durgapur 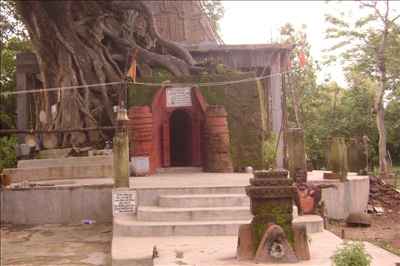 Before you ask where to go from Durgapur it is important you decide what you want to see. If you are interested in nature, Mukutmanipur, located on the bank of Kangshabati Dam is a good place to visit. If you want to add a dash of adventure to that you can go for rock climbing at Shushunia Hills. Those who are interested in historical places, a visit to Bishnupur is a must. It also has number of ancient temples located at different parts of the town. In fact, if you are religiously bent there are many other places to go. Kamarpukur, Jayrambati, Tarakeshwar, Tarapeeth etc fall in this category. For people with cultural bent of mind there is Shantiniketan located at a distance of 60 Km from here. But if you want everything under one package you must visit Garh Jungle.

Garh Jungle on the Bank of River Ajay

Garh Jungle, as we have said, has everything one can look for. It is located at a distance of 20 Km from Durgapur Station on the bank of River Ajay and contains a heady mixture of natural beauty, mythology, history, religion and culture. 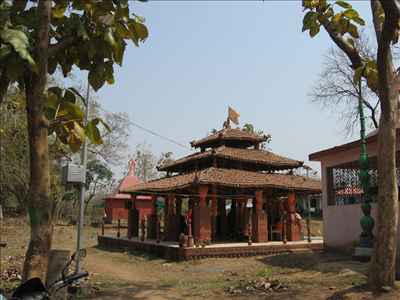 If you have read Chandi, a holy book of Hindus, you must have heard about Wrishi Medhas, King Surath and Vaishya Samadi. It is said that the Wrishi Medhash had his ashram here. It is also said that King Surath and Samadhi Vaishya performed penance to please Devi Durga at this very place and thus the cult of Durga Puja began in India. Raja Surath also founded a temple here; however, with passage of time, it was lost. Later it was rediscovered and reestablished by Yogiraj Bhrahmananda Giri.  Today, you can visit the Ashrama of Wrishi Medash inside the jungle. It is said that the name Durgapur is derived from the Durga Temple built by King Surath.

Another important temple to visit here is the Shyamprupa temple. The temple is an ancient one built during the reign of Lakshman Sen (1179 AD to 1206). It was a Kali temple and once upon a time, human sacrifice was performed there. However,  poet Joydev of Geet Gobinda fame, who lived just across the river in a village called Kenduli, influenced the king and showed the face of Krishna, who is also known as Shyam, superimposed on the face of Goddess Kali. Since then, all kinds of sacrifices have been stopped. With time this temple too became depilated and a new one was built at the original site.  However, some historians are of the opinion that the temple was built by Gopraj Ishwar Ghosh, popularly known as Icchai Ghosh. 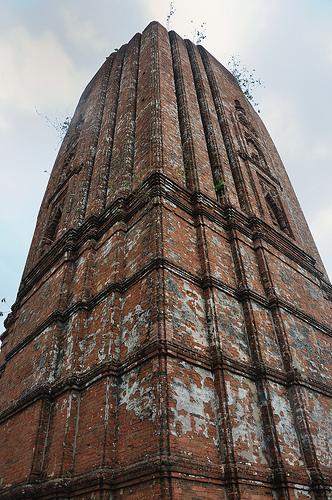 One can also cross Ajay to visit Kenduli, where Joydev of Geet Gobinda fame lived. The Radha Vinod temple, located here, is famous for its terracotta works. A fair, famously known as Kenduli Mela, is organized every year on Poush Sankranti. Thousands of Bouls, the wandering minstrels of Bengal, gather at this fair and live at makeshift ashramas for a month. At that time, this small village turns into a cultural hub and people from far off places also come here to take part in it and imbibe the baul spirit.

However, if you would rather stay put in Garh Jungle, there is a lots of things you can do. A trek through the jungle may open up new horizon for you. Food is no problem either. Apart from Deul Resort, there are many other small eateries and sweet shops located in the periphery.

Explore more about Tourism in Durgapur